PLAYER OF THE YEAR PRESENTATION 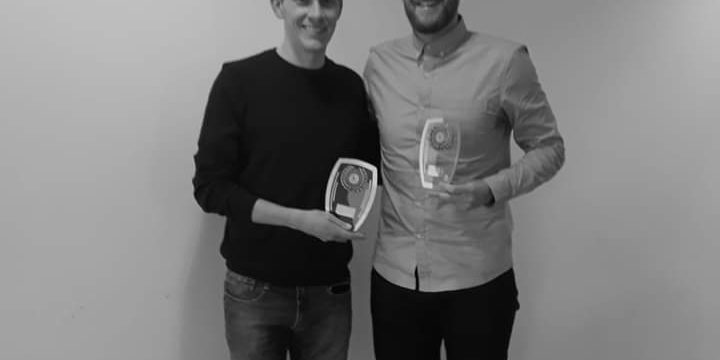 The player of the year presentation  was made on Friday night past and a good night was had by all . The Top goal scorer this season was Alexander Miller  with 27 goals from 32 appearance’s  .The Players player of the year was a close run thing with Chris Townsley getting the most votes from his team mates . The Committee and management players player of the year was another close run thing with Gordon Donaldson collecting the most votes . The Players introduced a special Supporter of the year award and this was presented to young Lucas Williamson whom has been a mascot on a couple of occasions and the player’s have taken him to their hearts .Congratulations to all the winners and looking forward to them continuing their form into next season . 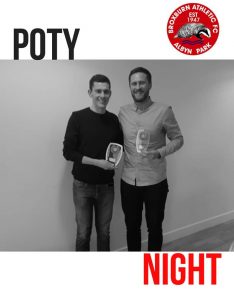