With all the leagues now settled the following have now been confirmed for next seasons premier league . Tranent beating Darvel and St Cuthberts won them promotion to the Lowland league . This means that Lothianthistle hv will avoid being the 5th club relegated from the premier league  this season . Teams relegated were Whitehill Welfare , Camelon , Newtongrange Star  and Dunbar United . Promoted from the First Division Conference leagues are Haddington Athletic and Oakley United . Making up the sixteen are Vale of Leithen who are relegated from the Lowland league .

The Premier League will be made up of the following clubs 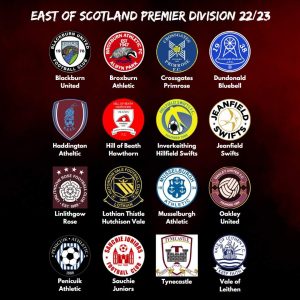