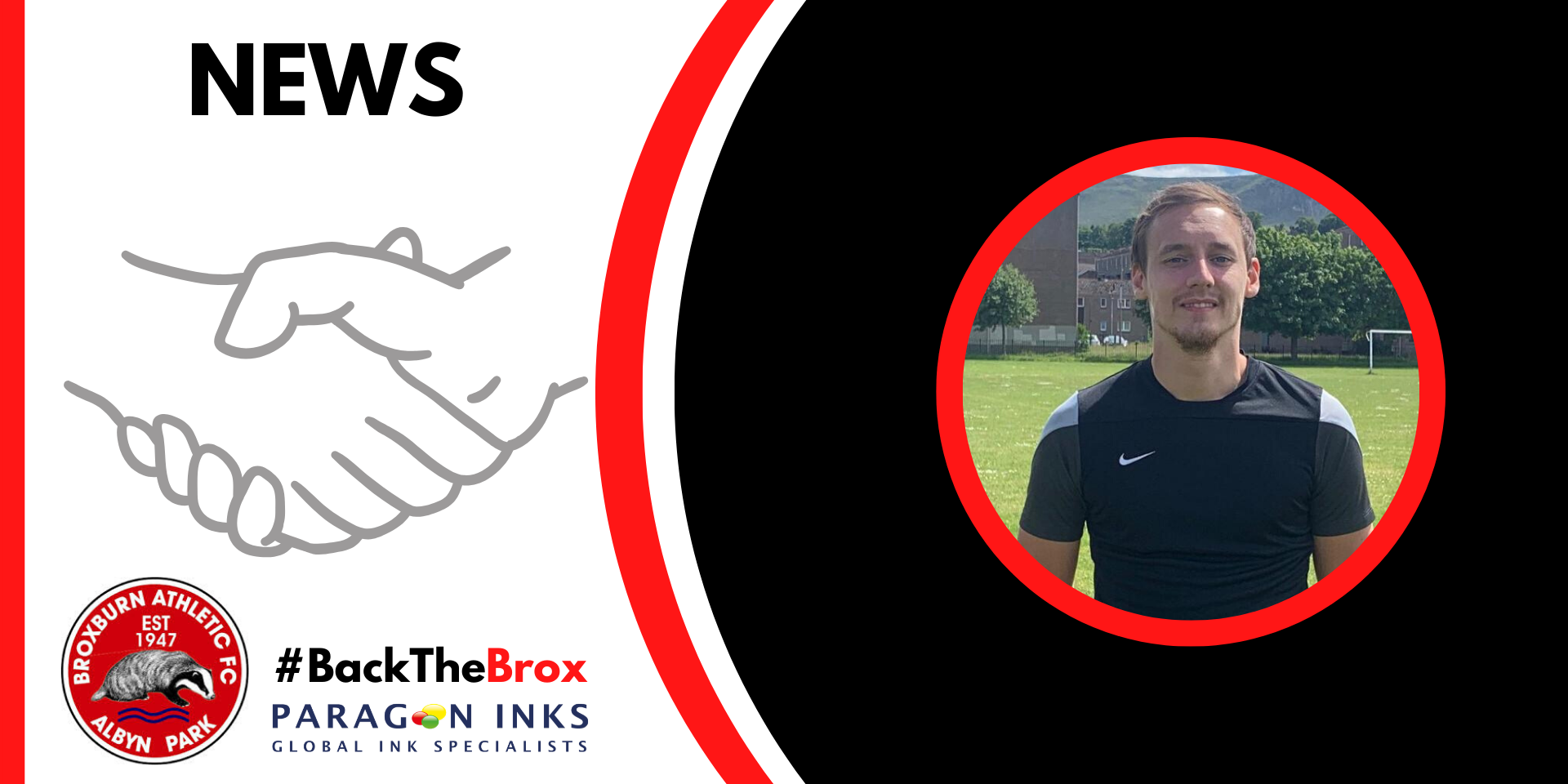 Jordan Hopkinson arrives at The Albyn from East of Scotland B league champions Tynecastle. Hopkinson scored 12 goals last season in the title-winning campaign. He previously played for Civil Service Strollers in the Lowland league finishing top goalscorer with 15 goals.
Hopkinson is delighted with the move to The Albyn: “I’m delighted to have signed for Broxburn, it’s a great move for me. The club is run very professionally. Speaking with the gaffer and knowing about the facilities it was an easy decision. I’m looking forward to getting started.”

“We are delighted that Jordan has chosen to sign for Broxburn despite having interest from several other clubs, including those at Lowland League level.
“Like Gary, he is another player we identified quickly and arrives highly recommended by a number of sources. He has previously been a stand-out performer at Lowland League level and latterly with runaway East of Scotland Conference B champions Tynecastle. Jordan is a natural goalscorer and a creator of goals who can play anywhere across the front line, so will add to our existing depth of quality in that department. We look forward to working with Jordan when the season eventually starts.”
Follow
Category: Club NewsBy BroxburnJune 9, 2020