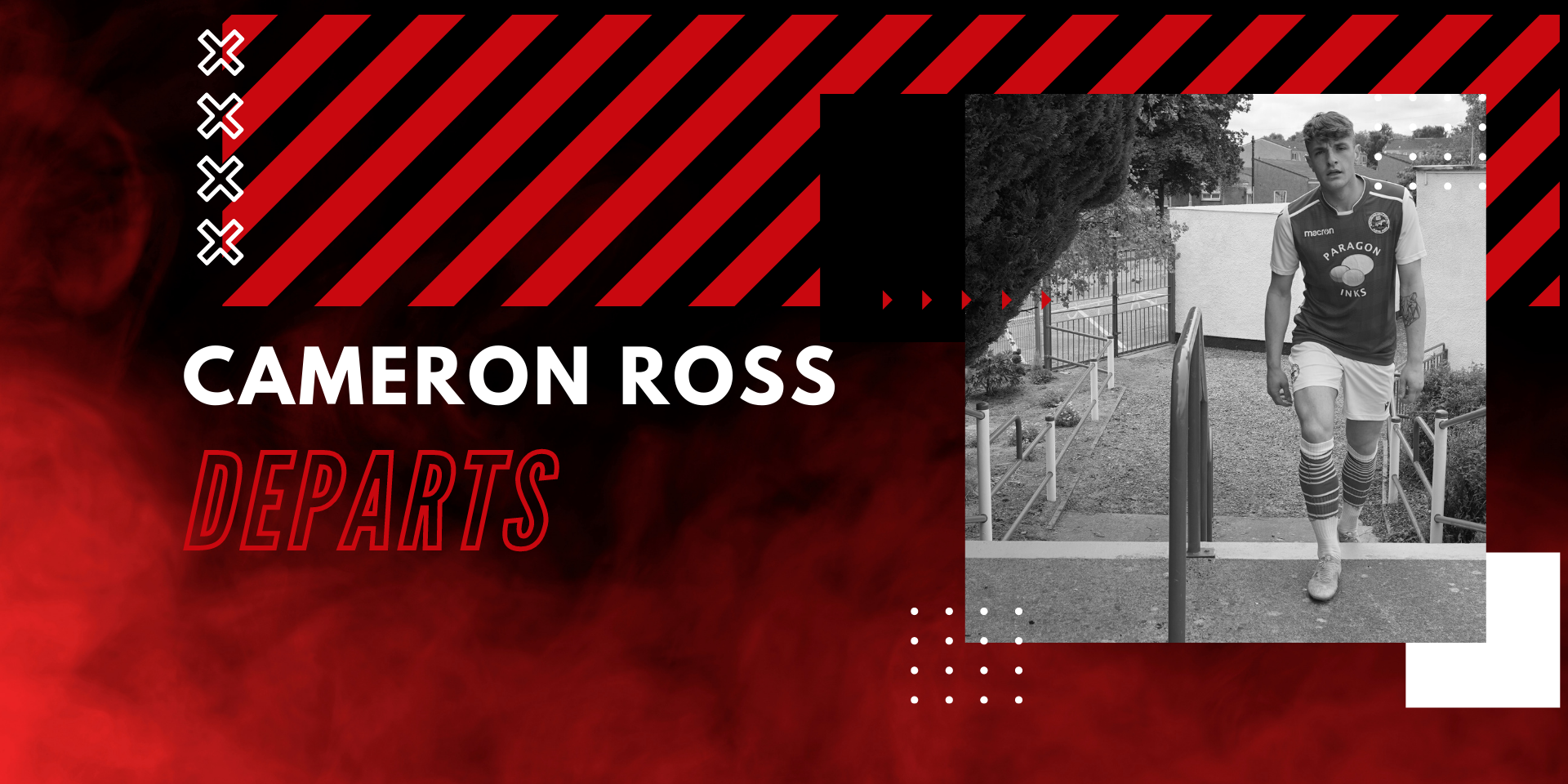 We will always aim to give young talent a platform to grow, as Cammie has at Albyn Park in his three years, and we wish him all the best for the future.

Cammie took a little time to discuss his thoughts on the move saying:
“I would like to thank Broxburn for the last three years.

“We’ve had some fantastic memories together. Scottish Cup runs, title wins, a bit of everything.

“Thank you to the gaffer, the rest of the coaching staff, and players for all they’ve done for me.”

Ross added his gratitude to the loyal support: “Broxburn is an amazing club to be around and will go a long way in the future. Thanks to the fans for their continued support and adding to some special moments. Hopefully, see you all soon.” Cammie Ross

Cammie signed from Leith Athletic 9th of November 2018 and has developed into a key player at Albyn Park.

The attacker made 78 appearances for us, with 15 of them from the bench. His pace, power, and creativity were pivotal at times, and he has scored 26 goals, eight of those, this season and assisted many more.

Manager, Chris Townsley, having played alongside and managed Cammie, wished the player all the best as he now looks to the future:

“Cammie has been a great player for the club and a great lad to have around.

“Good luck to him at his new club and the next step in his career.

“It’s a great opportunity for others to step up now and take responsibility which I’m confident they will.”

“Although disappointed to lose a talent like Cameron Ross it was going to be challenging to keep a hold of him with continued interest from multiple clubs.

“Brechin City made an offer to us and offered Cammie a good deal. I must express we did everything in our power to keep him. We made an offer and also made clear how valued he is by Broxburn Athletic. ”

Jim added that sadly we couldn’t hold a young player back: “Ultimately, we left the decision to the player, and he has weighed up all the pros and cons of such a move. We strive to give young players an opportunity at Broxburn Athletic. With this in mind, we would never stand in the way of a players progression.

“The door is allways open should he wish to return, and we wish him all the best for his Highlands adventure.”