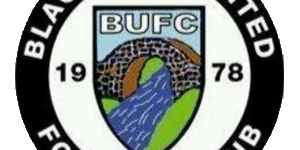 Well we keep on saying it box office at Premier League matches for as little as £3  or £7 doesn’t come better than this . Six goals sandwiched between controversial penalties and goals and to cap it all off just when you thought the game was going to peter out , not likely . The referee did well only to send two off the field of play after a melee with five minutes remaining . The hosts took the lead after 14 minutes when Martin Lawrie scored from the spot . Broxburn took a half time lead through Ross Allum and David Greenhill . An early Cameron Ross goal in the second half was followed by a controversial penalty with the referee consulting his assistant who originally had not indicated any thing wrong , giving the spot kick with Martin Lawrie  scoring again from the spot . Goal of the game came in 80 mins when great one two’s carved open the home defence before Cammie Ross despatched the ball into the back of the net . After the melee there was more red when two goal hero for the home side received a second yellow card after stopping another Cammie Ross run towards goal . We now concentrate on Wednesday’s home match against Hill of Beath in the Premier League  with a 7.30pm kick off .